On May 28, 2019 by Sandy With 0 Comments - Family, Friends, Transport, Uncategorized, Work 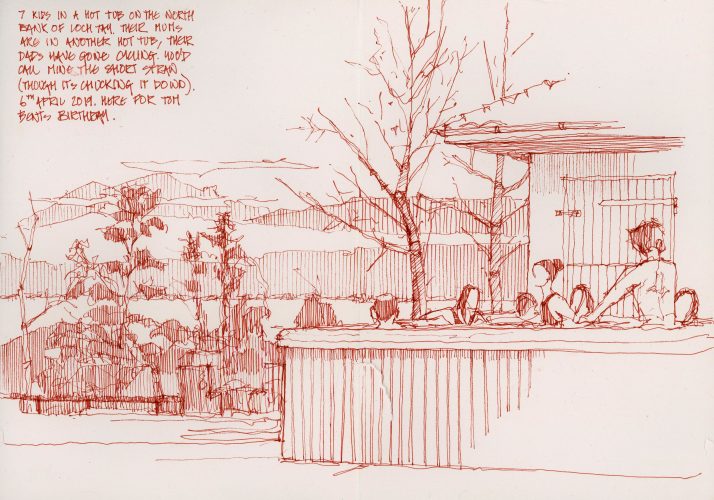 The theme is maybe years, or numbers. Seven kids in the rain in a hot tub at Tom Bent’s birthday bash. 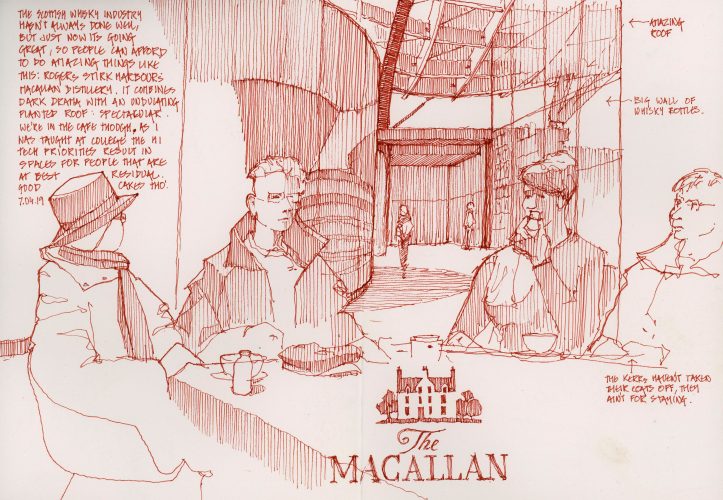 At the Macallan distillery. Twelve year old for me. 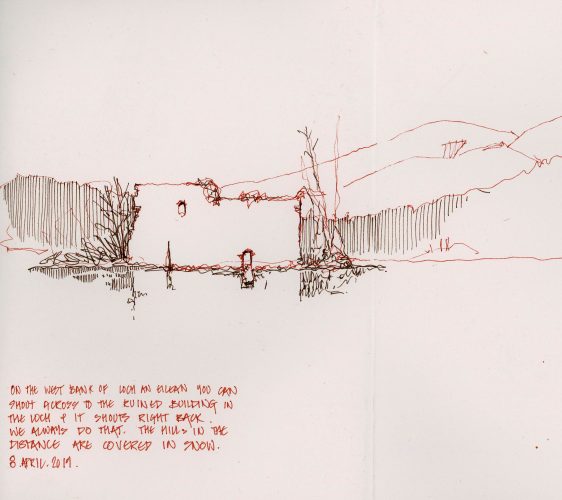 We cycled round Loch an Eilean with the three kids and stopped to hear the echo from the island castle. 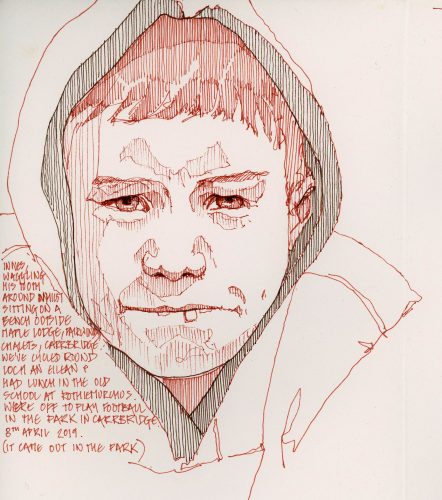 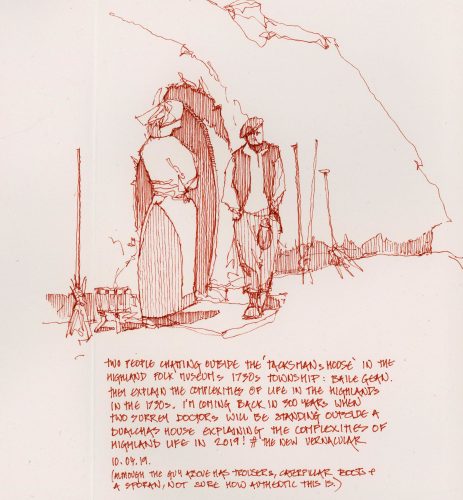 Sketch One from the excellent Highland Folk Museum in Kingussie. 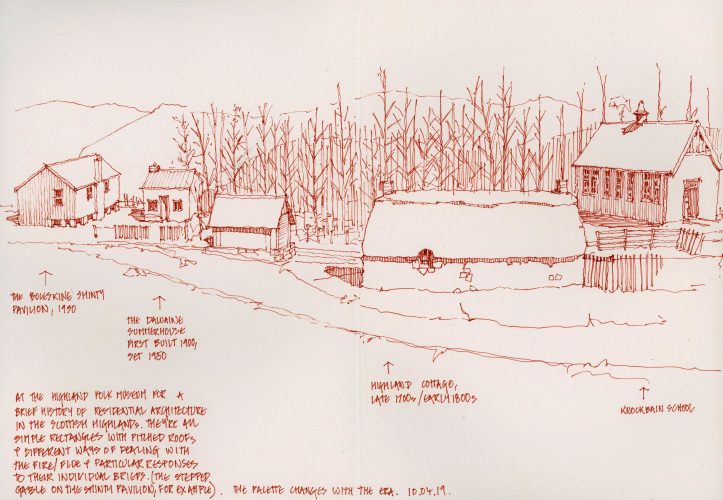 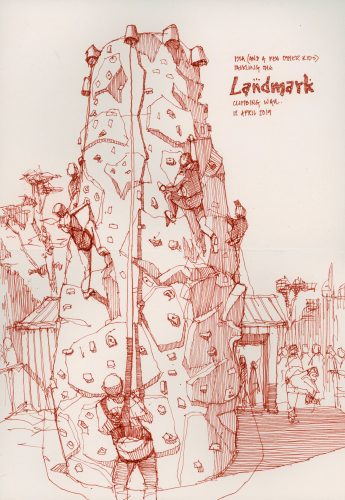 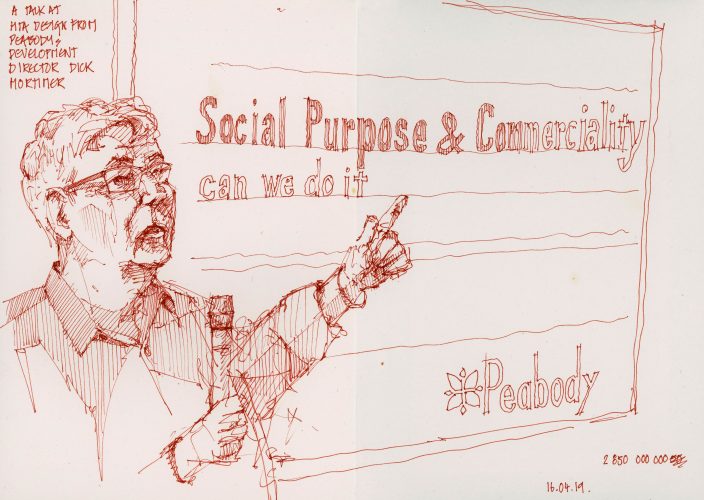 Peabody talking about numbers, huge financial ones, and how you reconcile them with a social purpose. 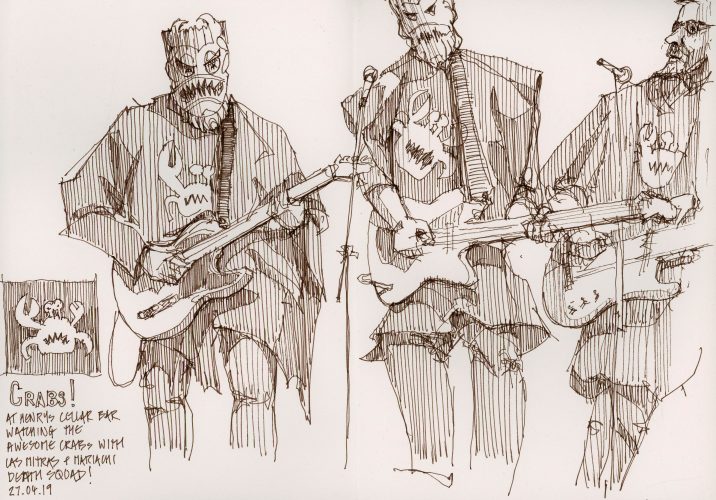 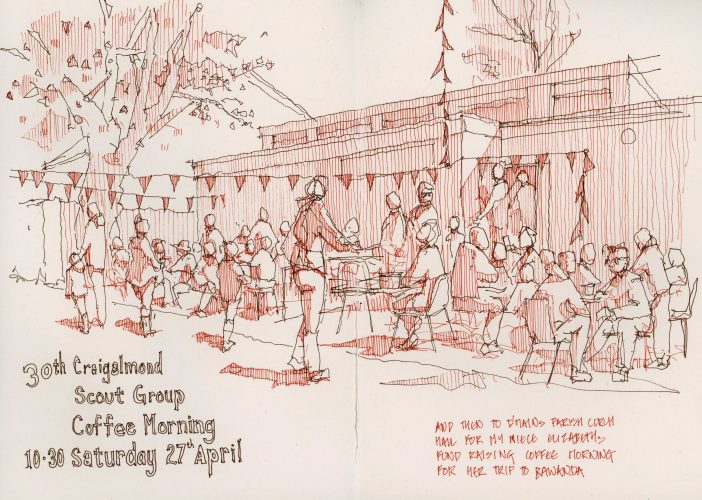 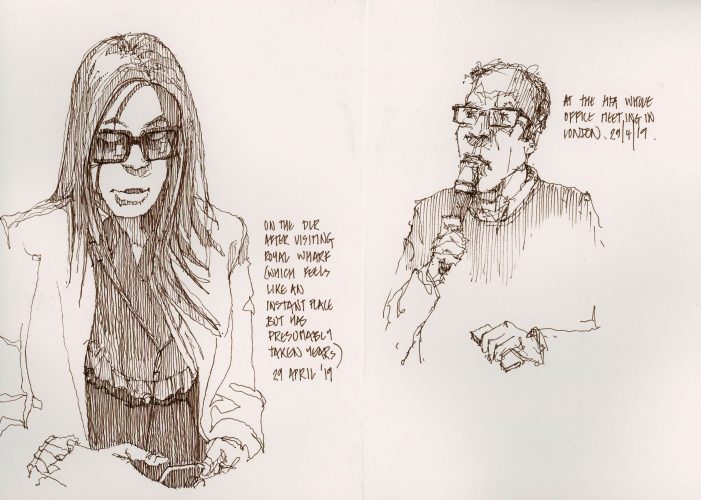 On the DLR. I think  it’s far harder to sketch on the DLR than it was six months ago. We have thousands of new passengers from Londons new housing developments, and there’s no longer any space. 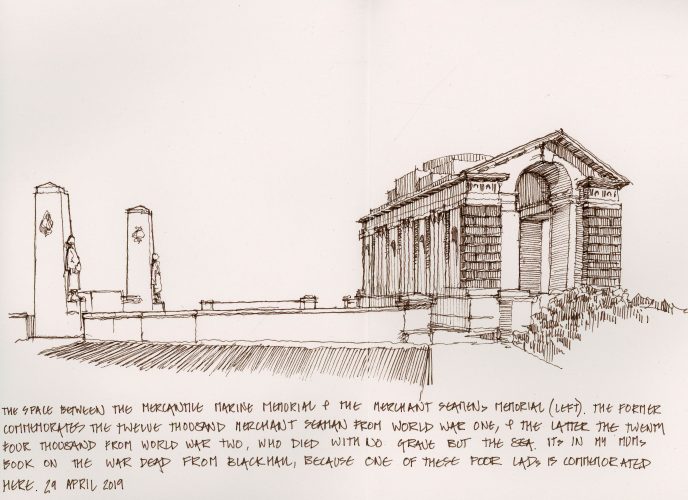 Two memorials commemorating the 36,000 who died in the First and Second World Wars with no grave but the sea. 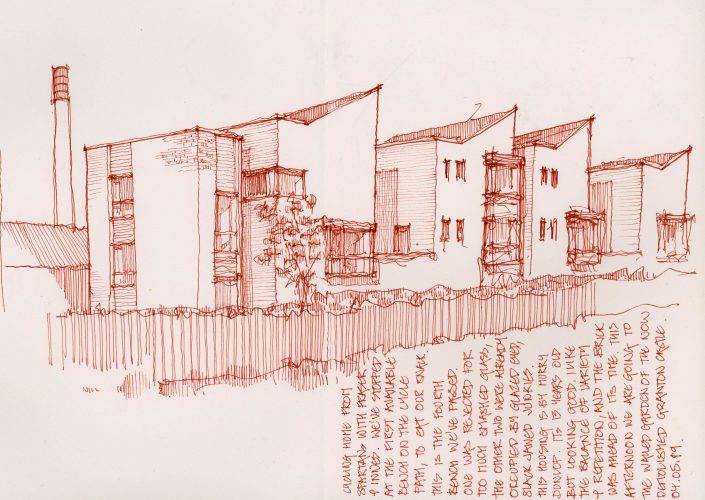 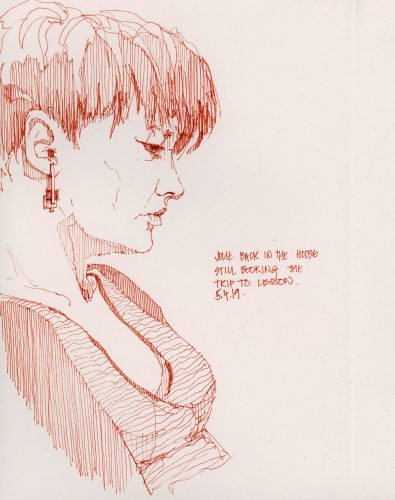 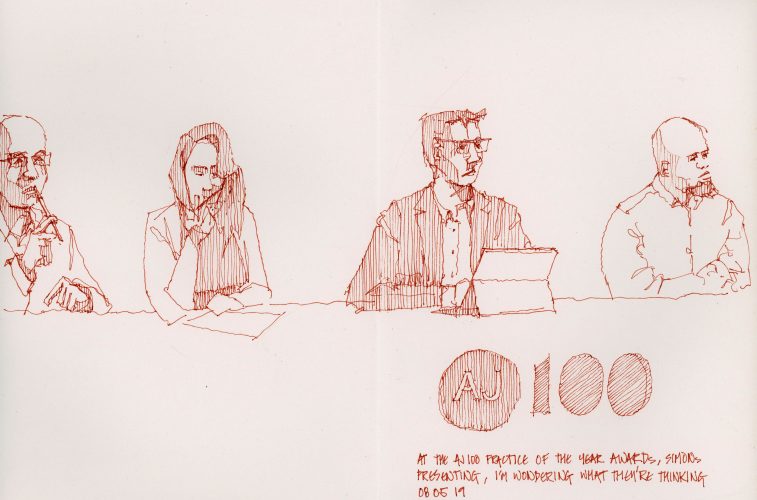 Three judges and one of our team at the AJ100 Awards judging. 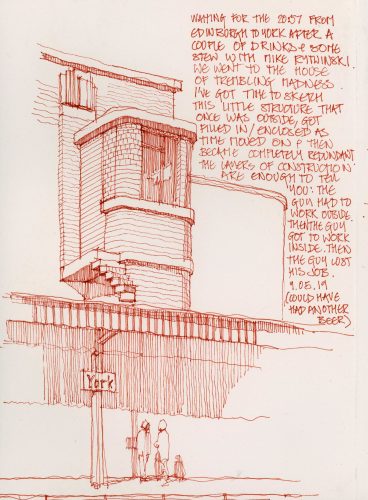 In York Station waiting for the last train home.

At Silverknowes with about eighty Scouts, Cubs and Beavers. 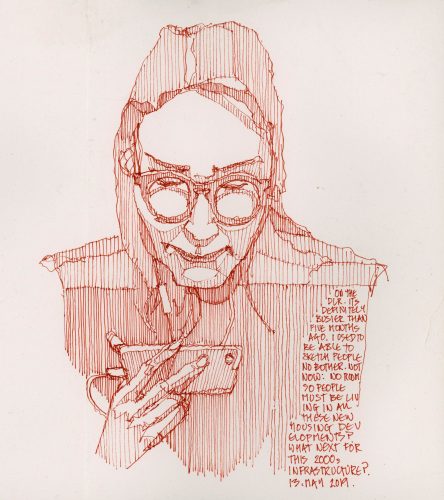 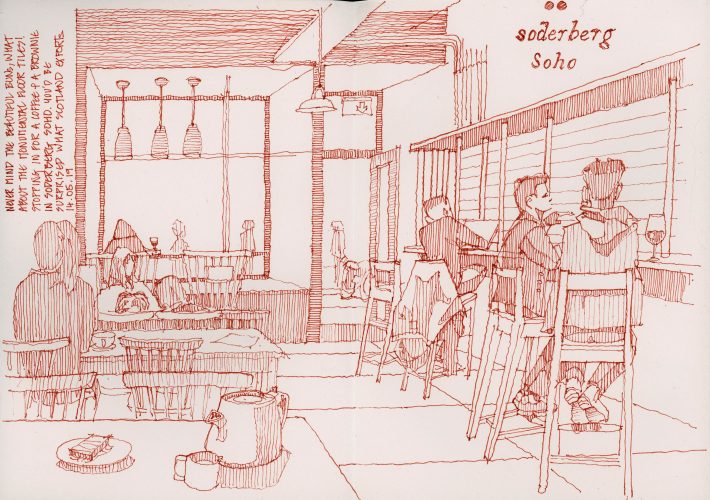 Soderberg in Soho. The first outside Edinburgh I think. Very nice too.

That’s a sketchbook, minus a bunch of drawings of what we might do the house, and I’m not putting them up here.