Drawings of people I know and people I don’t. 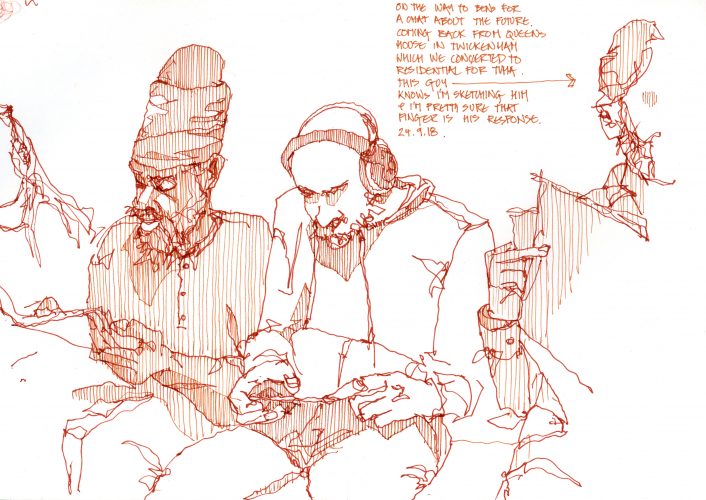 The London Underground is a pretty unpleasant place: too busy and too hot from from April to October. I avoid it when I can but you can’t use a Boris bike for every trip so to pass the time I’ve plucked up the courage to draw people i don’t know who’re sitting four feet away. 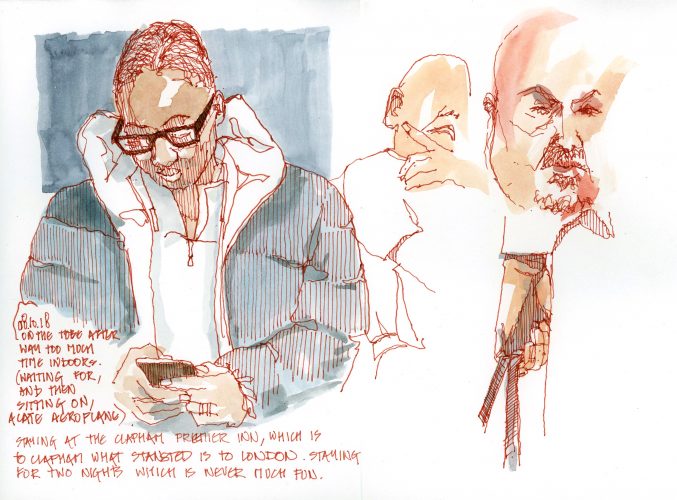 They get off, of course, so I’m quite often left with incomplete faces, but I quite like that anyway. 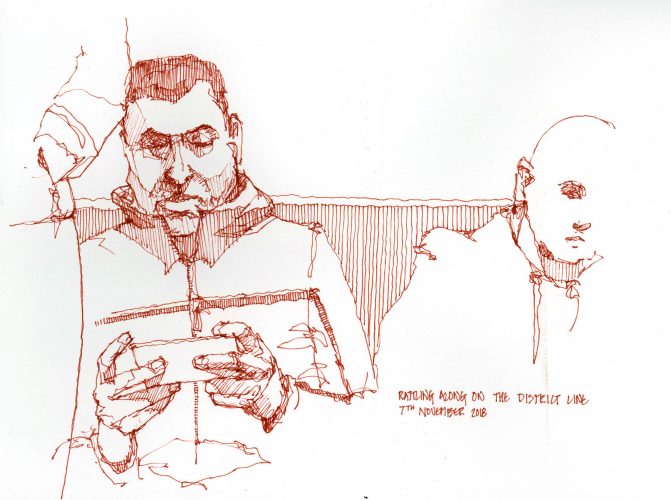 No negative reaction from any of the subjects so far. 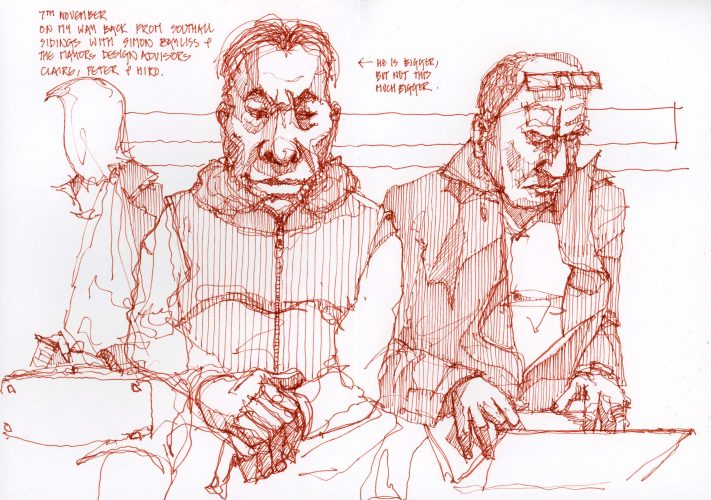 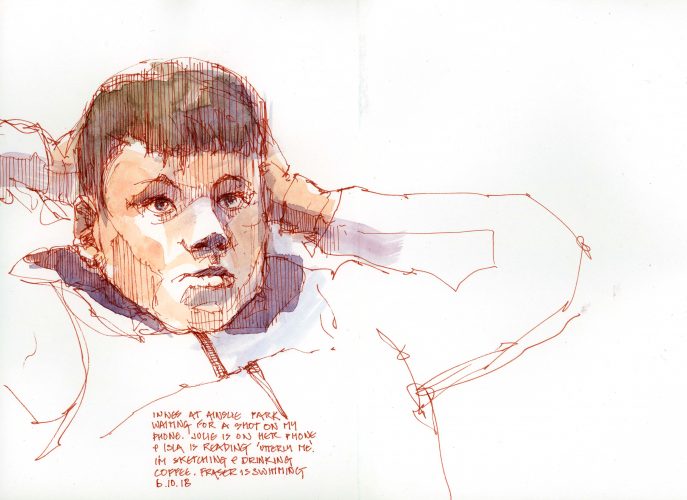 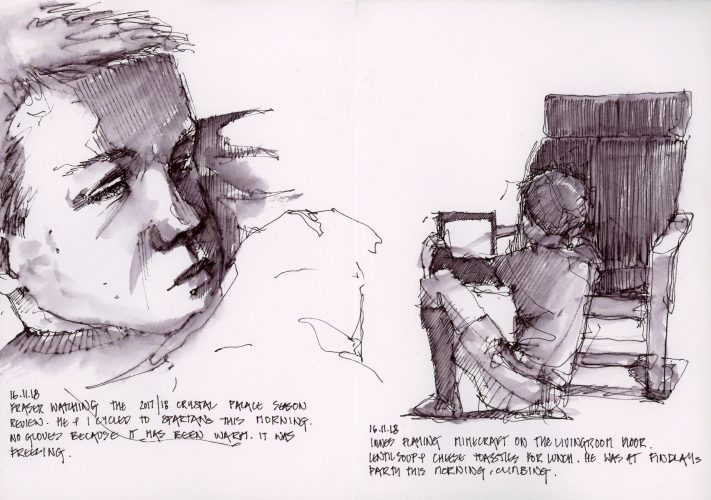 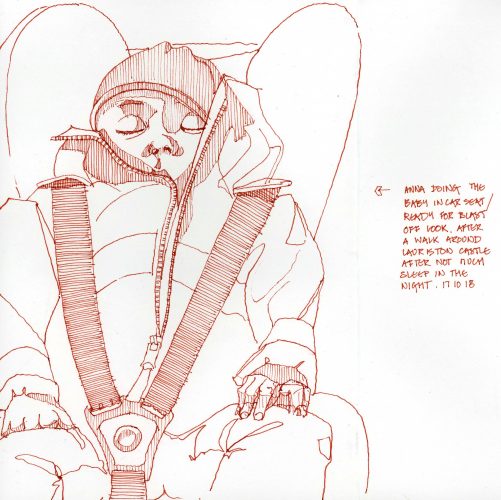 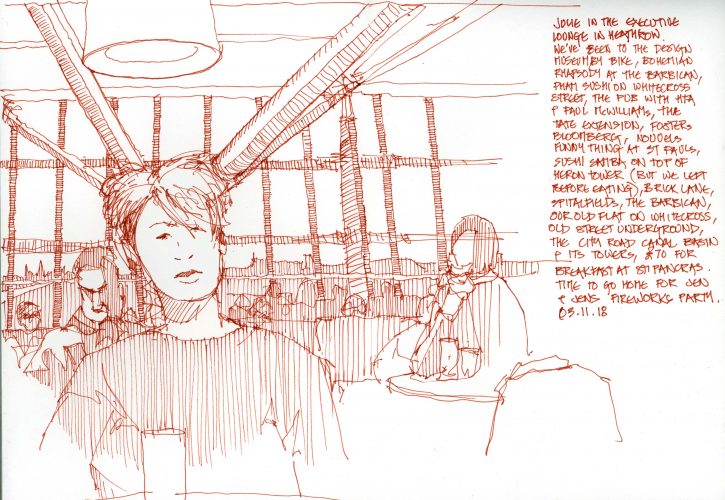 Julie in Heathrow. Easier to draw people at events. 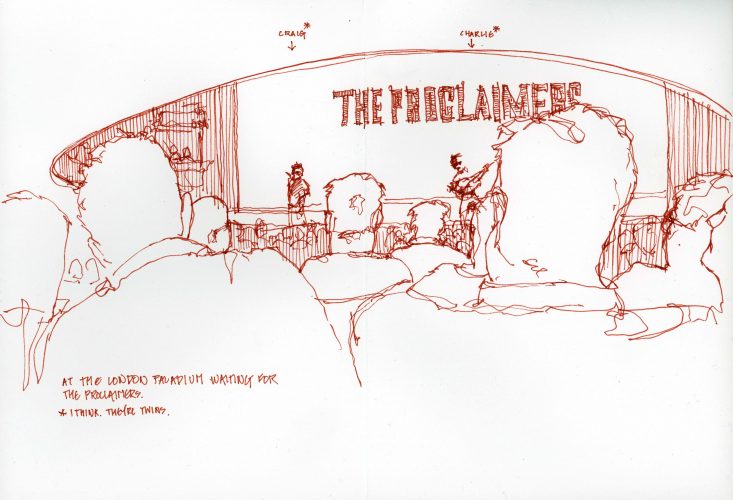 Watching the Proclaimers in London. 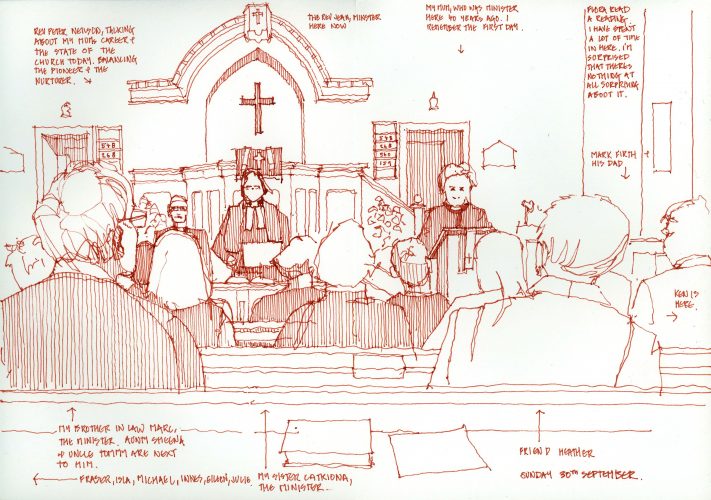 My mum, and others, celebrating 40 years since she became minister in Townhill Parish Church. 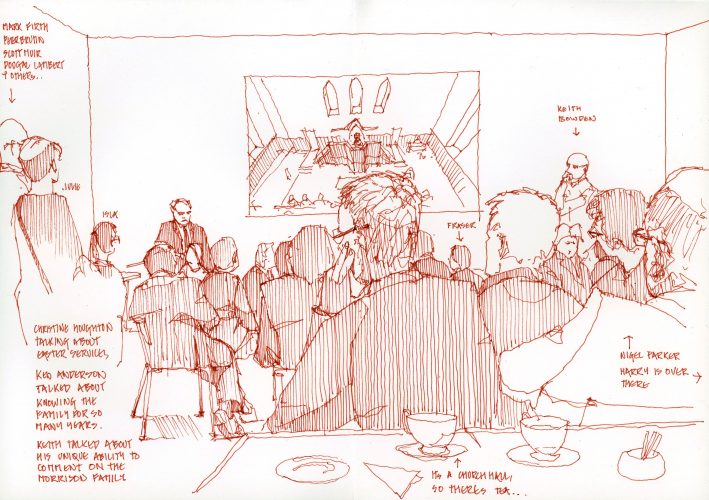 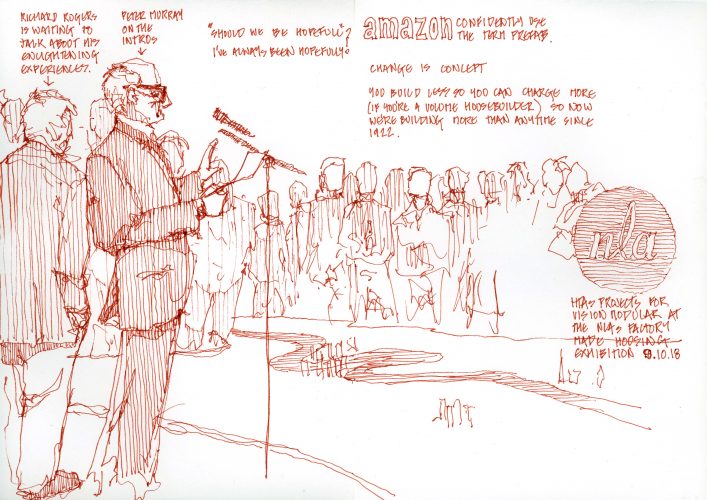 Peter Murray & Richard Rogers introducing the NLA’s exhibition on offsite manufacture in construction, which features a number of our projects. 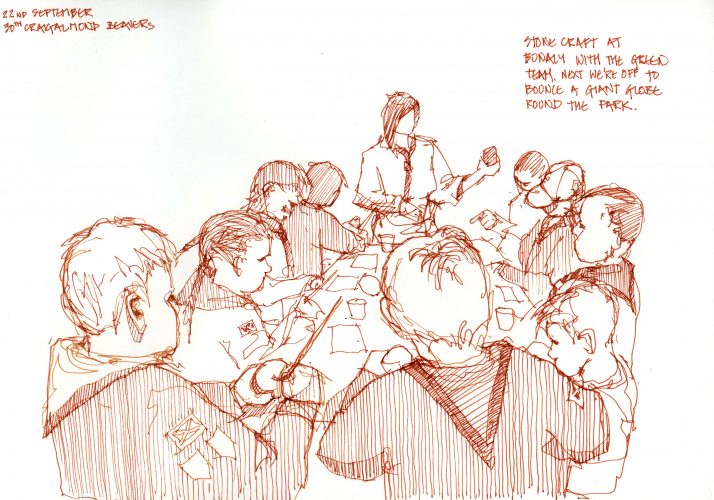 The Cubs doing a craft project at their camp. 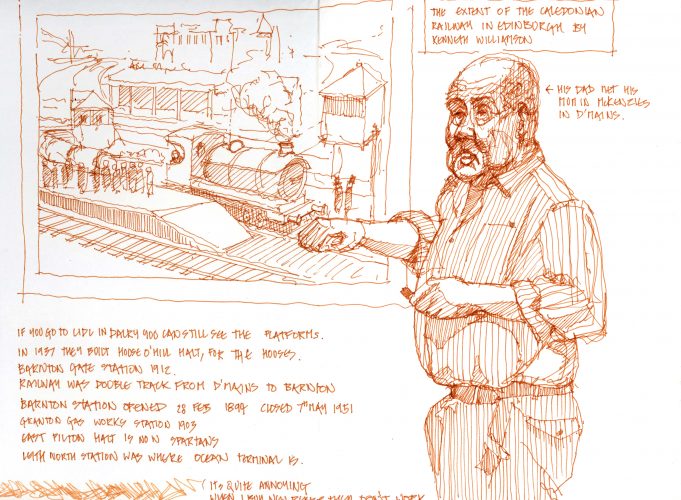 Kenneth Williamson guiding us through an illuminating talk on Edinburgh’s suburban railways. I live right on top of one, so i’m very interested.

At the RIBA Stirling Prize in the Roundhouse in Camden. 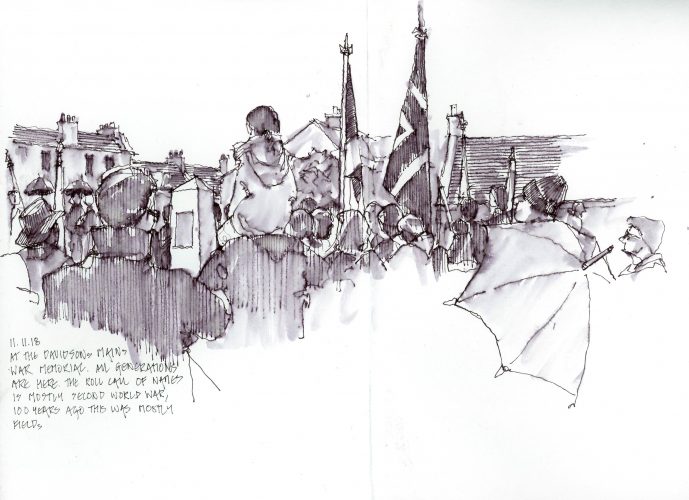 Fraser, Isla and Innes at the Armistice Memorial. 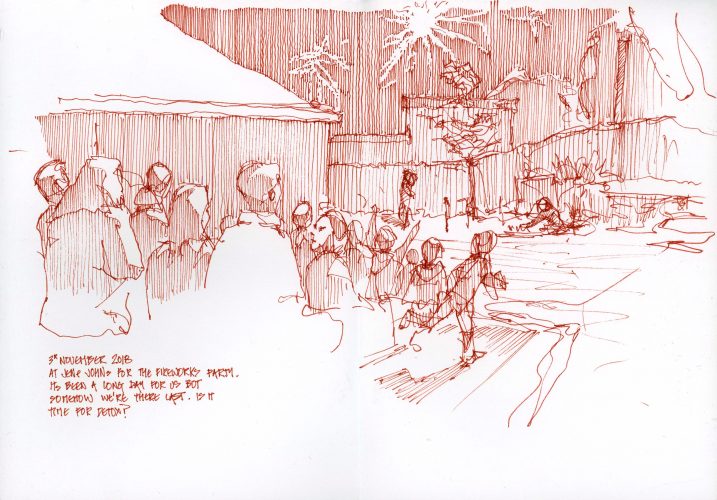 The kids watching the fireworks next door. 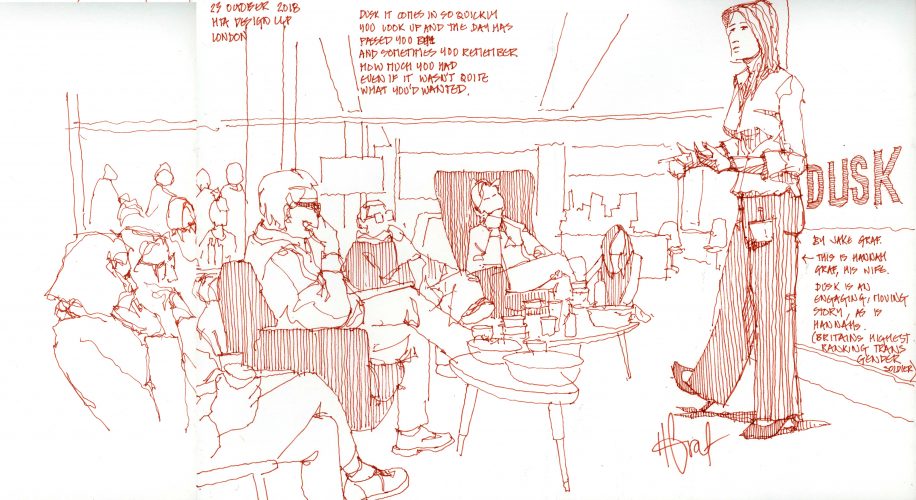 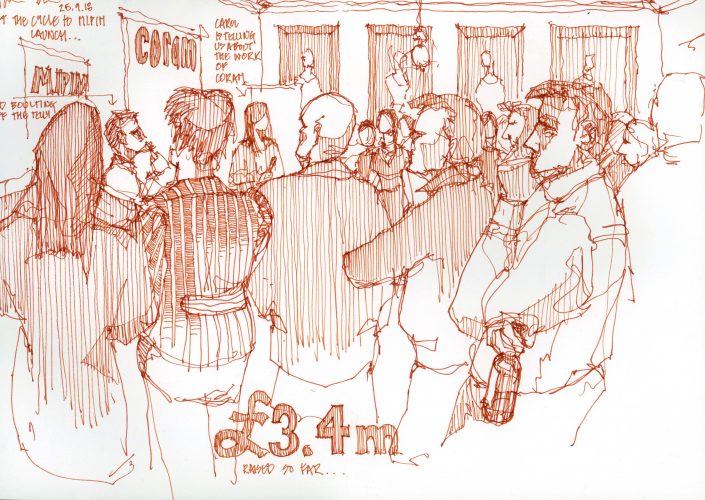 And finally, a small number of drawings focused on buildings, rather than people. This is Market Street with HTA Sketch Club. 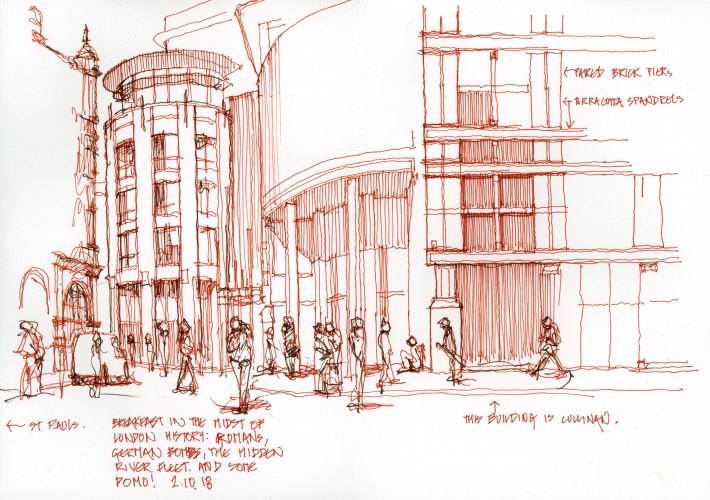 A plane, manufactured in Scotland. 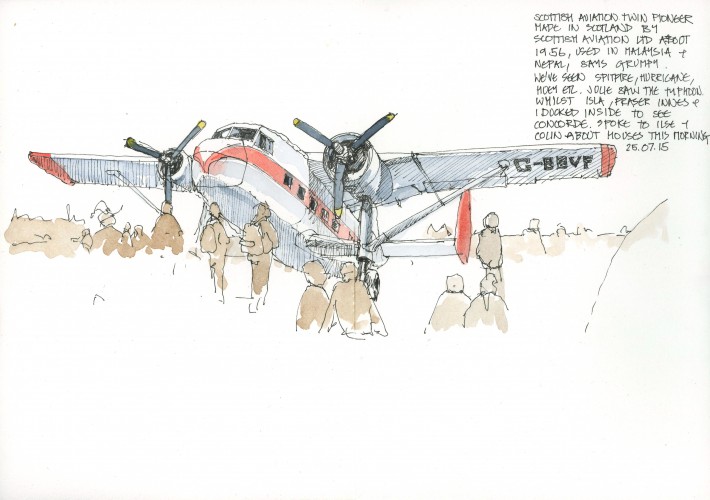 This one’s in East Fortune. We were there to watch a Spitfire and a Eurofighter Typhoon, amongst others. The last Spitfire was produced in 1948 and 46 years later technology had advanced so incredibly we were able to build the first Eurofighter. It’s the most extraordinary man made thing I have ever seen.

A couple of good speakers: 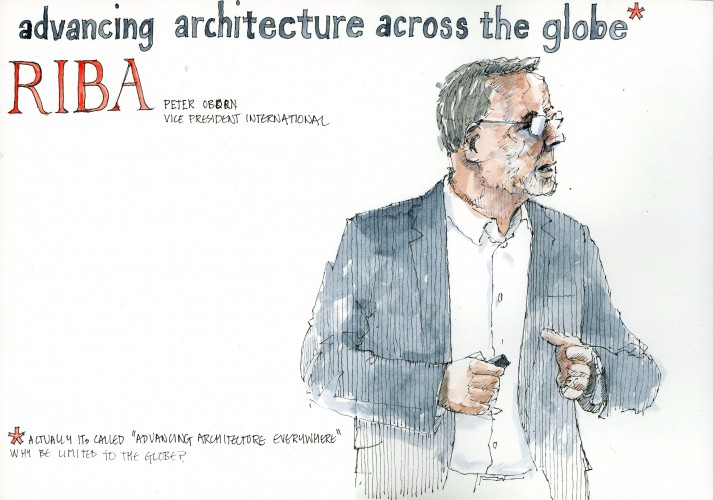 Peter Oborn talking about the role of the RIBA promoting architecture around the world, and how things will change as construction shifts from the developed to the developing world. 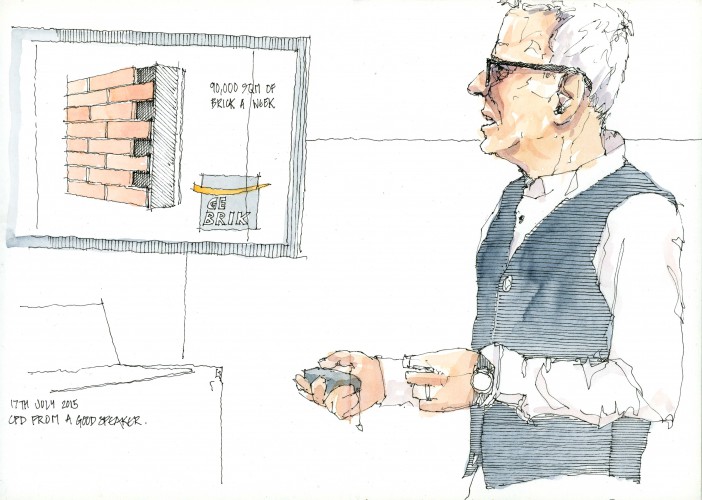 CPD’s on technical systems are often to be endured, but Julian Venus was an engaging presenter with an interesting product.

I looked after the kids for the day, to give their mum some time to commit shopping. Innes ended up in a pond in a public park, momentarily submerged. 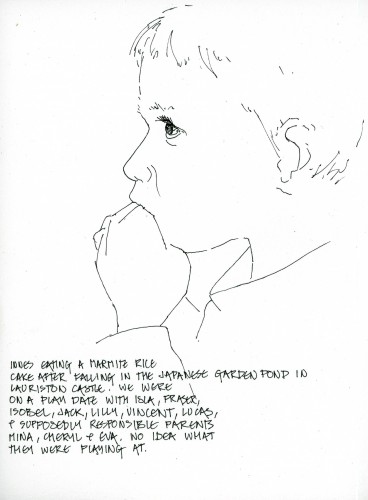 He’s fine, but my child care credentials are shot. 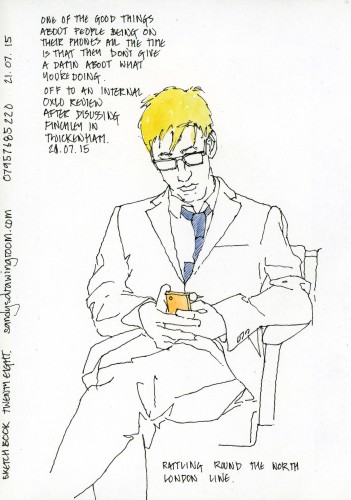 A man on the North London line.