Lysistrata is good festival stuff: an audience of thirty, a cast of four, a tiny venue and art with ambition. Maybe this was the Fringe before the stand-ups came to dominate.

Most of the energy comes from Louisa Hollway, who covers the small stage in a few short strides.

The characters are less energetic on the sleeper to Edinburgh. There’s wi-fi in the bar, so you can catch up on the day, but I think mostly people are just trying to avoid going to bed. 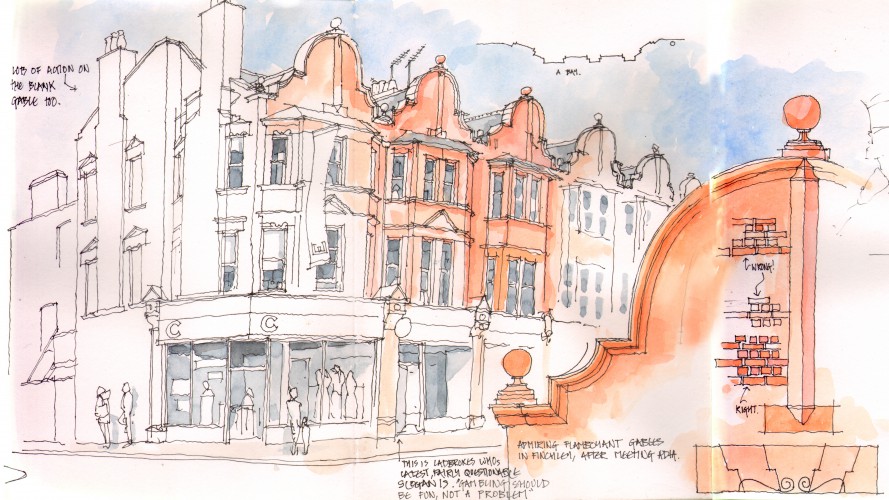 Earlier I sat outside the kind of independent café I love and admired the flamboyant gables on some Victorian housing in Finchley. I like the fun in this that’s missing from most contemporary brick built London housing.