Over the next 20 years the global urban population is set to double, from three billion to six billion, so placemaking is important. It’s what we are trying to do so we want to learn from what others are doing and what they’ve done. 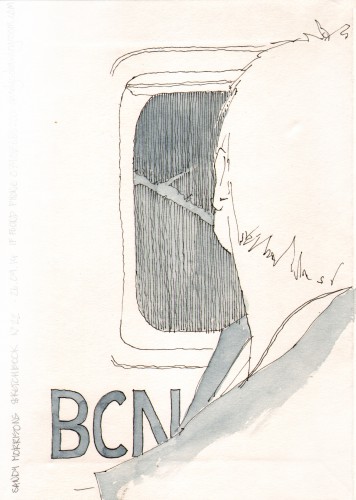 150 of us went down to Barcelona to see what they are doing there, and what they’ve done in the past. 150 folk can cover a lot of ground, so we did different things and looked at different stuff. I went to see what’s happening at 22@Barcelona, 200 hectares of former industrial land that will form the next neighbourhood of this successful city.

The flea market and the Design Museum 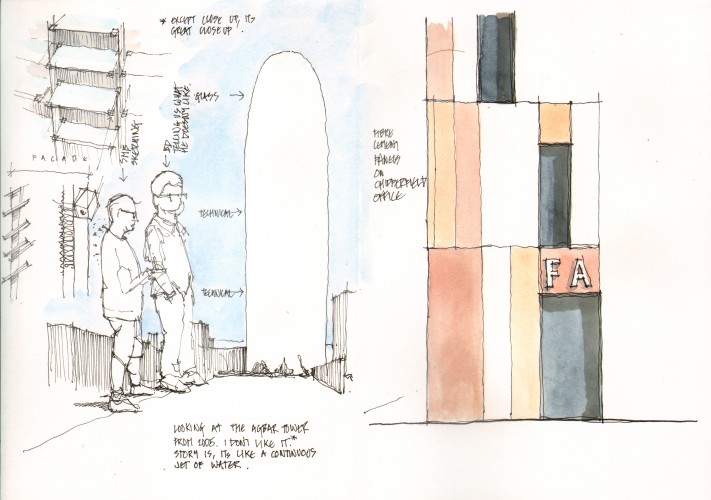 The Agbar tower, soon to be a hotel. A Chipperfield office building. 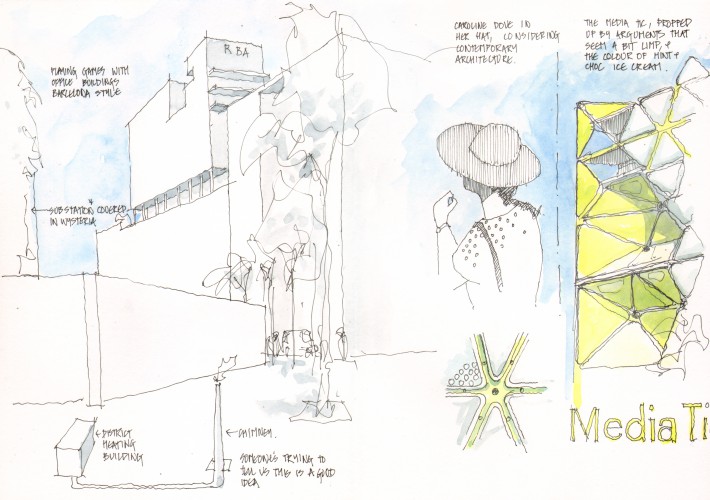 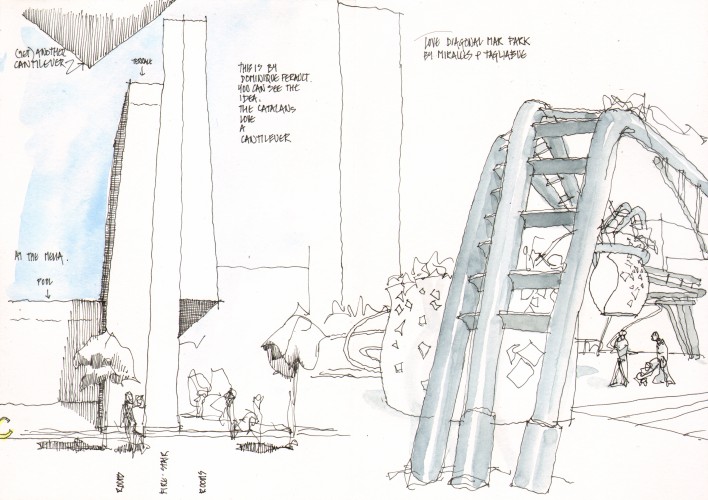 Dominique Perrault’s not so good Melia Hotel. EMBT’s Diagonal Parc is beautiful, but the plants haven’t climbed the climbers so it lacks a bit of shade. 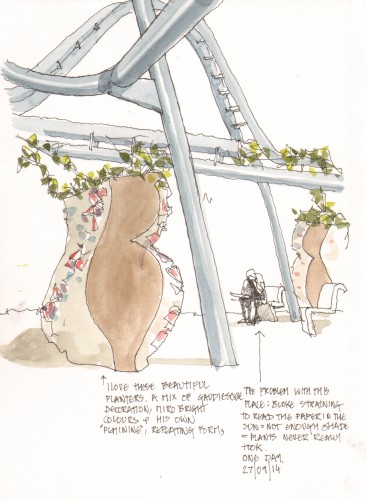 All in good time I hope. 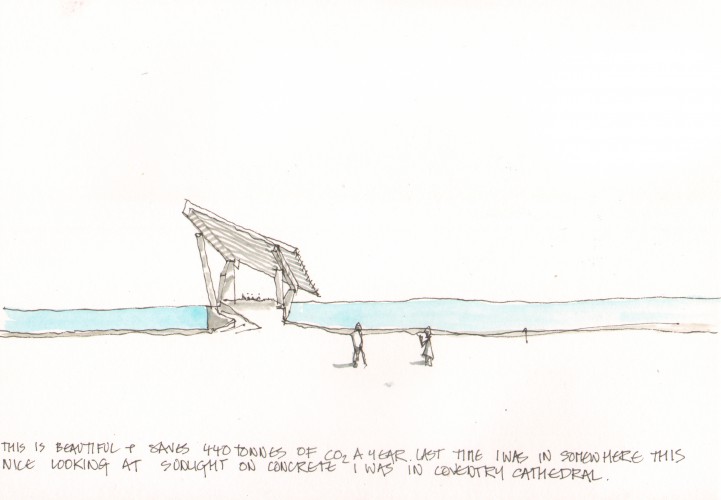 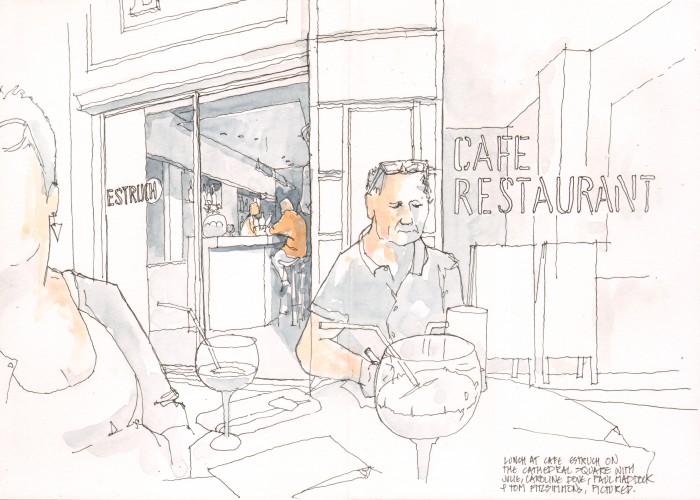 After all that walking some swimming in the B hotel pool. Overlooking Roger’s Stirk Harbour’s bullring to shopping centre conversion. 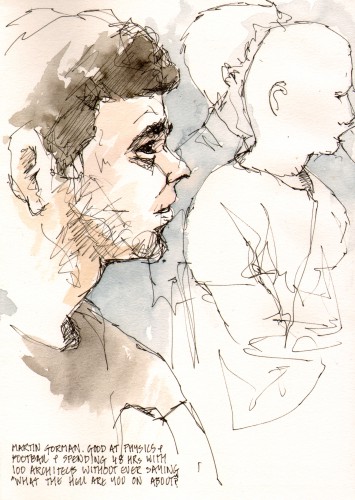 The night before we’d spent some time talking about Ernest Hemmingway, for some reason. He said “There are only three sports: bullfighting, motor racing and mountaineering. The rest are merely games”. He probably wouldn’t have approved of this change of use but times and countries change; Catalan flags everywhere and a few Saltires. A desire for independence, but I don’t know if it’s widespread, or just prominent. 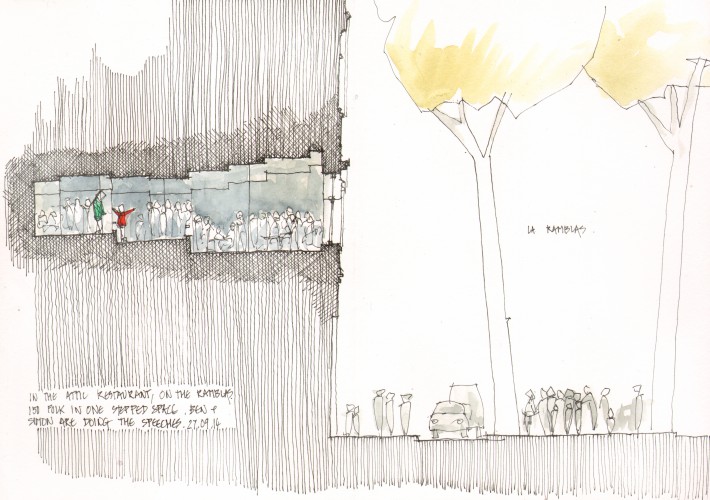 Everyone together in Attic restaurant, on the Ramblas, reflecting on the day and the life of the office. 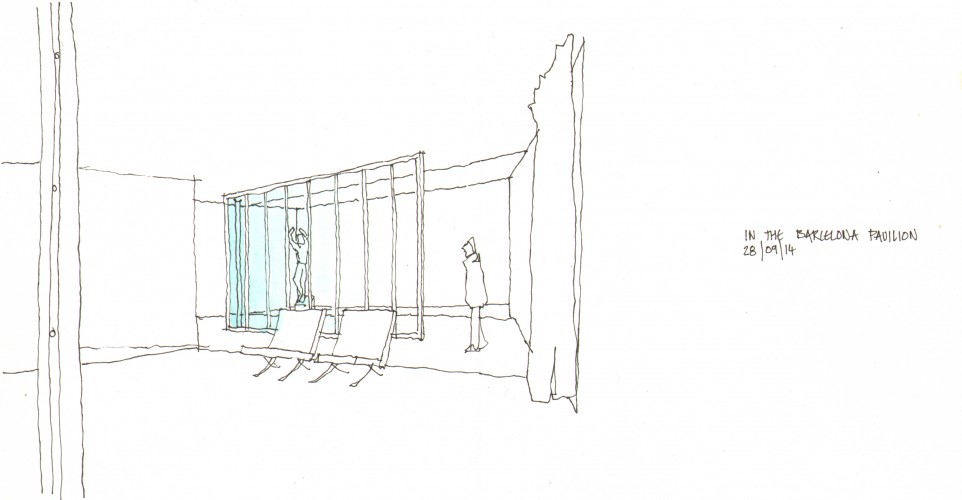 The next day was rain, good food and a stroll round the classics, including the Barcelona Pavilion.

The Edinburgh team, in the airport waiting to go home after a cracking weekend.