Sitting on the spacious terrace of Louis Vuitton’s fifth floor office space in One Pancras Square. I’ll go again when there are a few people on it. Everyone I met was French, so maybe it’s a little inclement just now.

I’ve enjoyed watching it going up. The columns are the striking thing about it, but it’s had an unusual quality since before they were added around the concrete frame behind. Whilst on the terrace, I didn’t have the time (or the courage) to draw them but I went back later for a closer look at one. It’s a Chipperfield design, the columns are from Hargreaves Foundry. 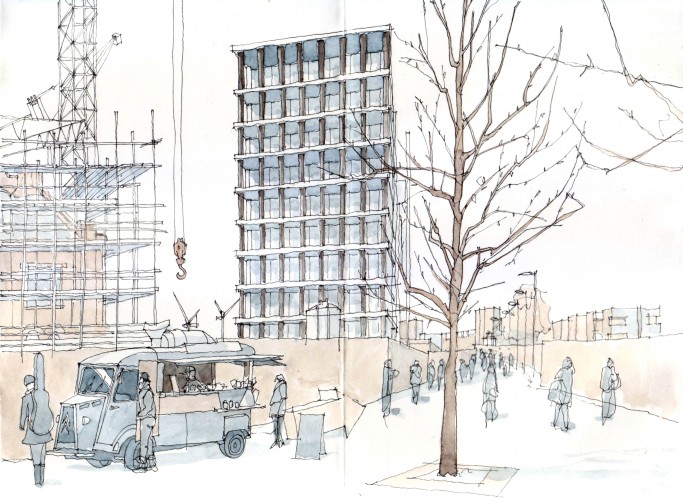 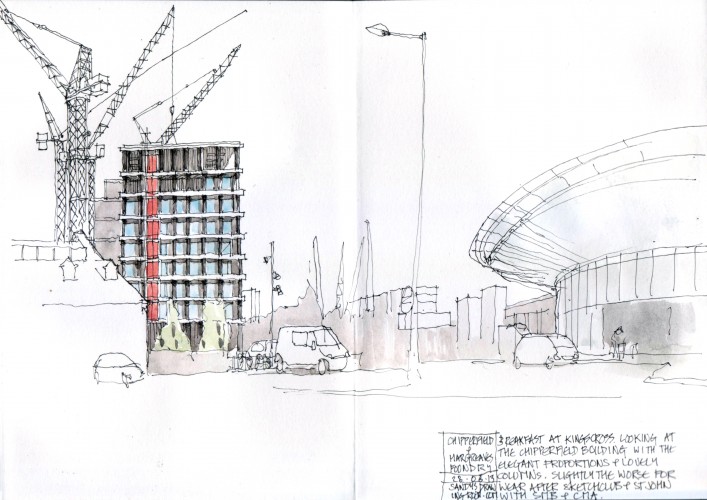 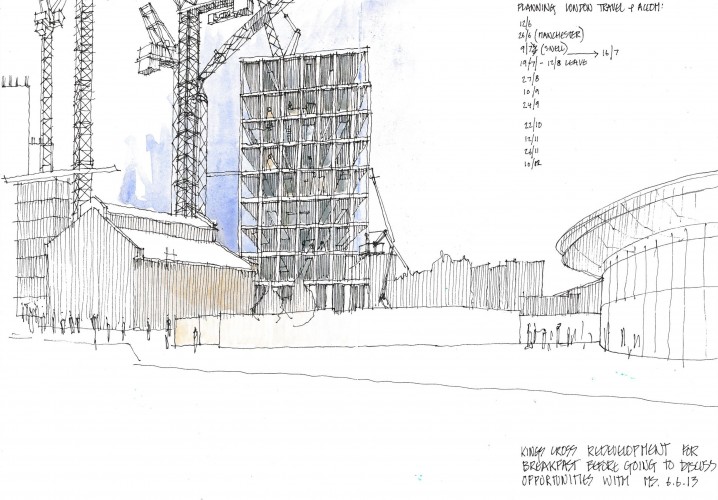 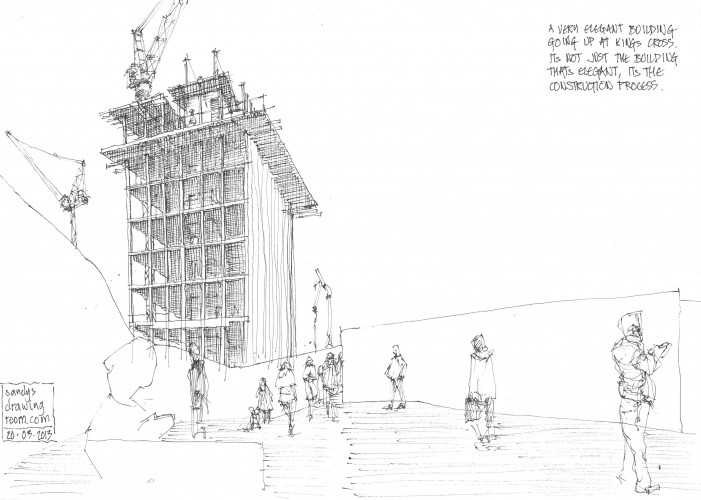 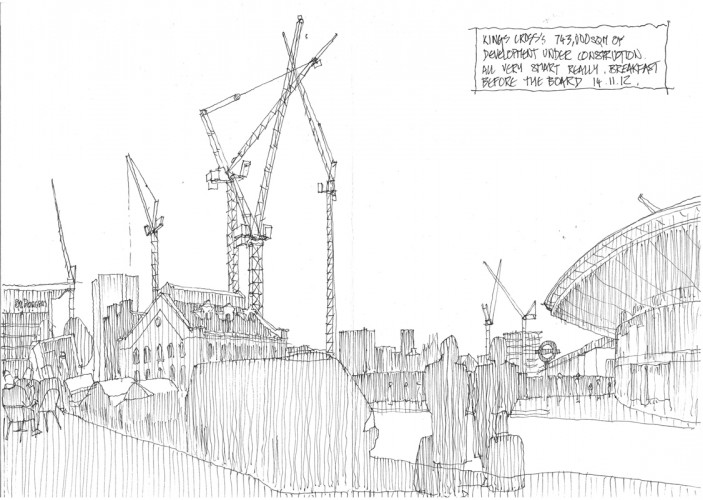