A privilege to stay at Eastwood House, Dunkeld for a week. It was the shooting lodge for Blair Castle, and is strung out along a river bank looking south over the Tay.

We spent a week playing by the river and enjoying local tourist attractions from Osprey watching (I missed the highlight as I was trying to stop Innes singing in the bird hide: bad form apparently) to the Perth Show.

The house has been superbly, sensitively, renovated by Alex and Cat.

Everything is beautifully chosen, whether it’s colour, art, or the degree of renovation. A small example is the chairs, so I drew a simple one every day.

The house is also where Beatrix Potter wrote an illustrated letter about a little rabbit, and this was the basis of her subsequent books about Peter Rabbit and others. She could draw a bit and had a scientific mind, so a different career may have lain before her had she not been a woman. Science’s loss, illustrated children’s story’s gain.

She said: “It’s all the same, drawing, painting, modelling, the irresistible desire to copy any beautiful object that strikes the eye…” 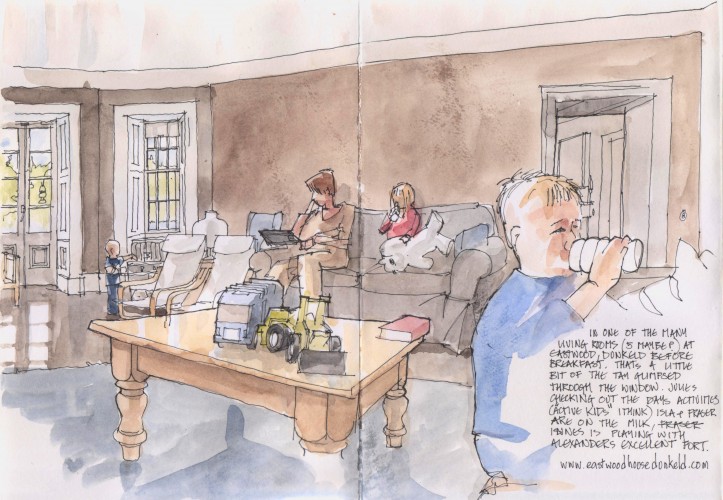 She wrote the letter in 1893. 120 years later, we occupied the same spaces she had, and passed a very pleasant family holiday.