This is what I think I know about how my part of the Morrison family left North Uist and ended up in Edinburgh. 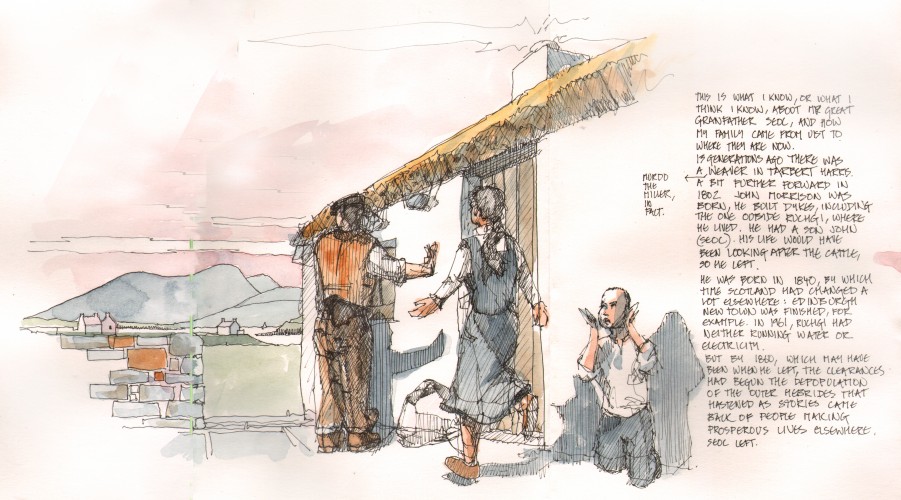 My dad can recite his patronymic back 13 generations to a Murdo the miller in Tarbert Harris. I don’t know when my family moved to Uist, but by the time my great grandfather Seoc (Jock) was born in 1840 North Uist was a place in decline. The population had been reduced by the clearances: people were initially moved off the land by force, then left through choice as stories came back of better lives elsewhere. Seoc left for a life at sea. 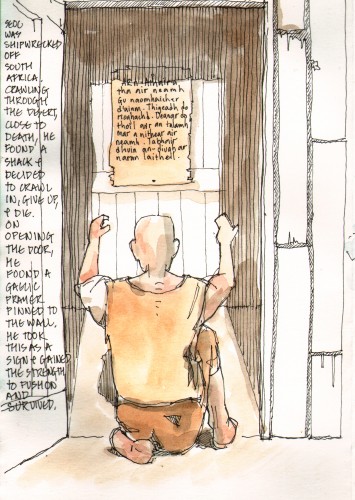 Seoc, the story goes, survived a shipwreck off South Africa. He crawled through hot, barren lands close to death. Coming across a shack, he decided that he could go no further and this is where he would die. On entering, he found a prayer pinned to the wall in Gaelic. Seoc took this as a sign and gained the strength to push on.  He survived. 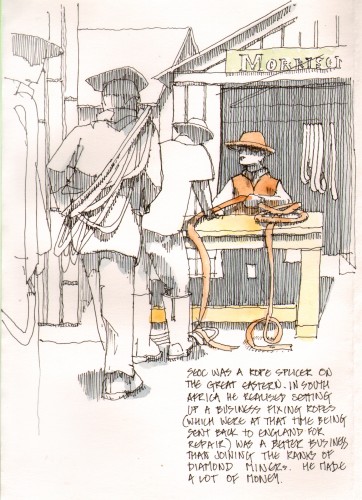 Seoc later arrived in the South African diamond mines. At that time the miner’s damaged ropes were being sent back to the UK for repair. He realised he could use the rope splicing skills he’d learned on SS Great Eastern and set up a lucrative rope repair business. 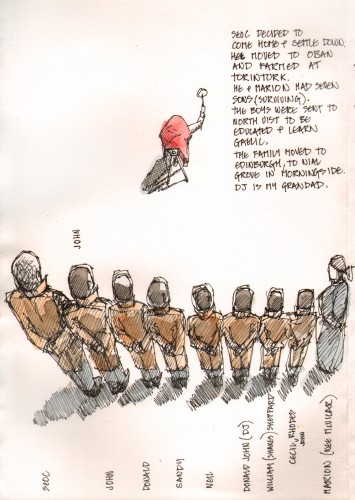 After a while, he returned to Scotland and became a farmer in Oban, at Torinturk. With Marion MacVicar he had seven surviving sons. The boys all spent some time at school in North Uist. The language in the home was Gaelic. They moved to Edinburgh, to Caanan Grove in Morningside. 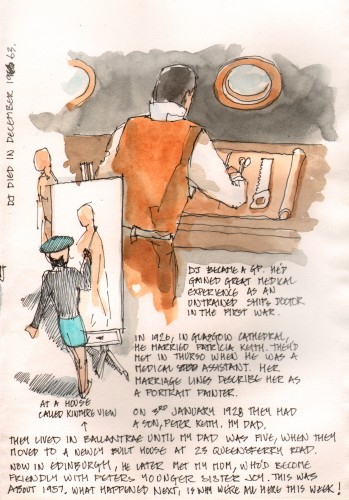 The fifth son was DJ, my grandfather. He became a GP and met Particia Keith, also one of seven. In her marriage lines Patricia is described as a portrait painter, and the watercolours I’ve painted these with were hers. So apologies for the next drawing of Ruaridh and his family, who happened to be staying in North Uist at the same time as us, popped round for a cup of tea, and ended up being badly drawn by someone they’d never met!  Ruaridh is the chief of the clan Morrison and we share the same great grandfather, Seoc. Ruaridh’s grandfather was John, the eldest son. 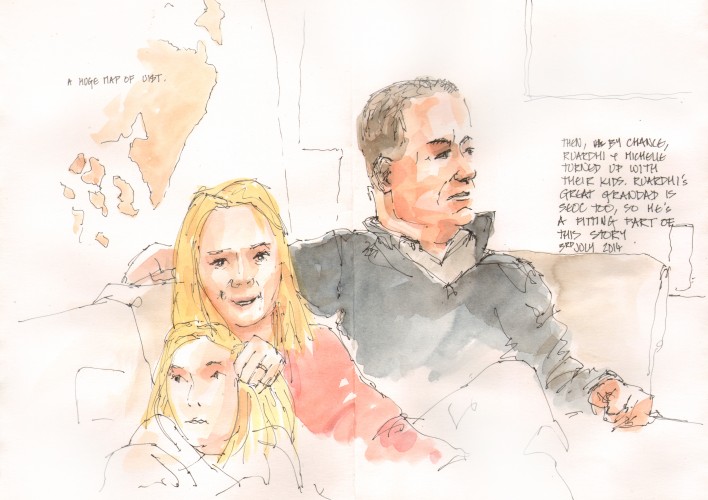 DJ and Patricia had a son called Peter Keith, my dad. 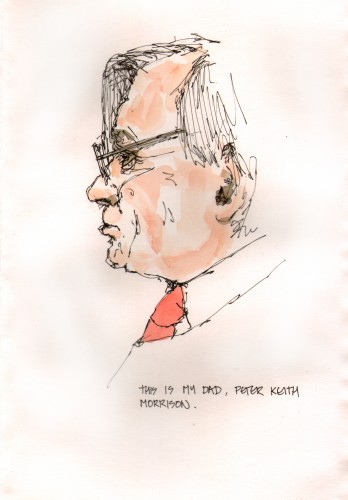 That’s how we got from North Uist to Edinburgh, and why we are all here this holiday.