You meet more interesting people on the train. 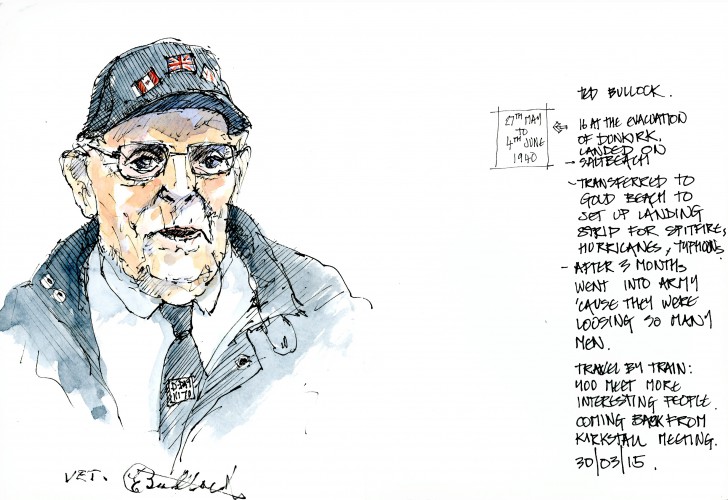 This is 90 year old war veteran Ted Bullock who lit up our journey between York & Berwick.

With youthful energy he told us about building landing strips for Spitfires on Gold Beach after the Normandy landings. He’ll have told the stories before, obviously, but the way he told them made them sound fresh and gripping, none more so than his recollections of listening to Churchill’s ‘We will fight them on the beaches’ speech in a bombed out West Ham. Too young, but filled with hate, he signed up and went to war.

He got off at Berwick, his new home. It all sounds serious but he was mostly a man for joke filled tales of adventures and scrapes. A pleasure and privilege to have met him.