The ULI, the Urban Land Institute, is a good thing: it provides a forum for different disciplines to talk together about the built environment and think about how to make it better. I went on our visit to Boston & Chicago, looking at the new private rent sector that has taken off in the US. The same thing might happen here. “To know the road ahead, ask those coming back”, or something.

Here are my sketches from a most enjoyable trip.

20% of the Boston population is of Irish extraction so flying via Dublin sat me next to a few people with good local knowledge.

Some cracking buildings, new and old, on Boston Common, the oldest city park in the US.

The friendly Add Inc architects gave us an initial briefing on the sector, with a designers view of the madness of construction cycles. Nice office.

They showed us some of their projects and introduced us to their clients. www.addinc.com 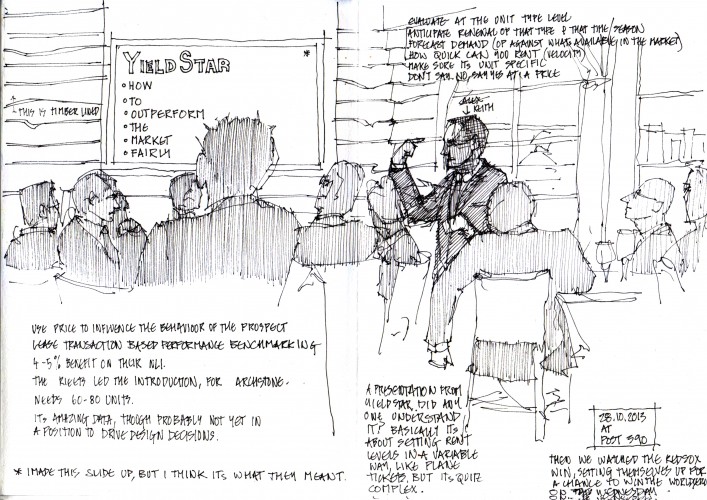 After a complicated presentation with a simple message about maximising yield, we needed a beer so watched the Red Sox get to within a game of winning the World Series. I got to know the place a bit better than I had when I arrived the night before (right sketch).

Another Add Inc job. For a two bed and a parking space and something to sit and sleep on, it’ll cost over $6k per month.

The CBRE spent a good chunk of time explaining the figures, from the size of the market to the difference between US & UK calculation methodology. To let it all soak in, we headed for Chicago. 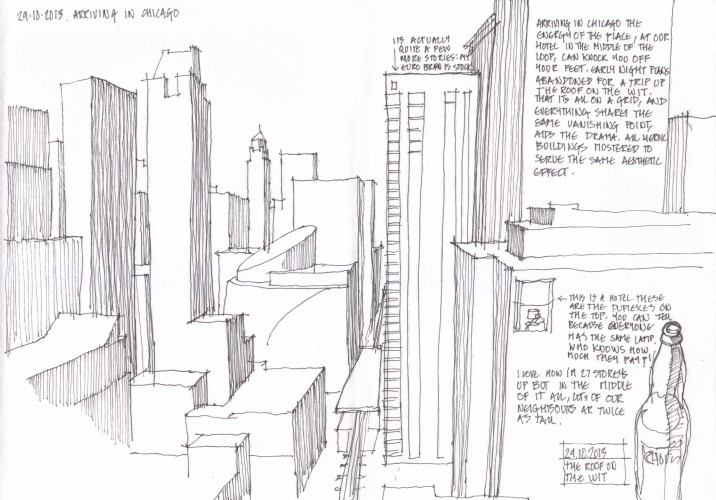 Chicago can blow your mind. In the 27th floor bar that we started in, about half of our neighbours were twice as tall as us. You feel right in the middle of it, both horizontally and vertically. 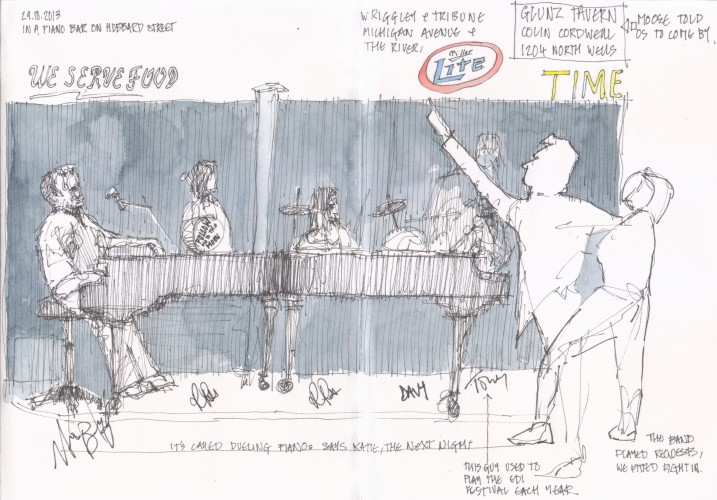 Chicago Federal Center. Mies Van Der Rohe, completed in 1974. As an architect, you don’t come to Chicago for two days and spend all the time in presentations. So I skived off and spent some time in the presence of this office/ civic complex and (for me) it’s residential equal: 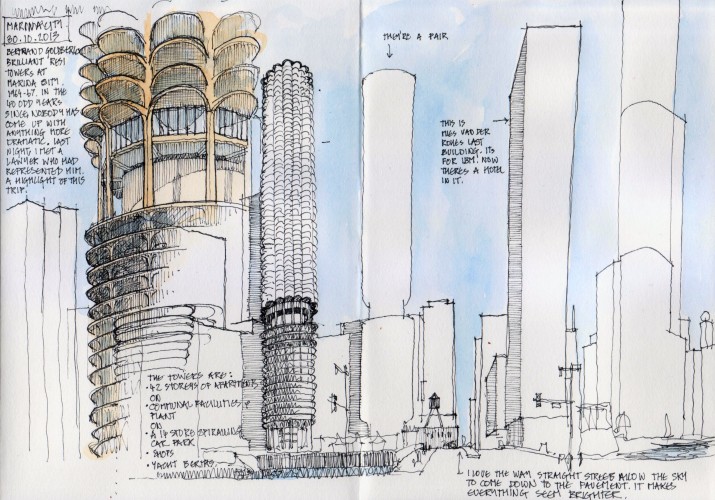 Bertrand Goldberg’s Marina City. If you were going to draw one apartment building and one office, you’d draw the two I chose; they’ve not been bettered.

America’s quite a harsh society I think, and the flipside of the aspirational luxury we’d visited so far was Mercy Housing in the suburb of Austin. We met a committed team, honest and open about their successes and failures, in an environment that was attractive to look at, but terribly hostile in reality.

Over a typically huge American dinner, I met a lawyer who’d known Bertrand Goldberg. Later, I think I lost at pool.

On the final day we visited two contrasting places: the regeneration of the old Sear’s Catalogue factory (they moved out into the world’s tallest building) in contrast to the latest in private rent apartments, bursting with creative ideas. The energy of the place was summed up by Greg Mutz, the developer’s CEO. His “just look at this! Isn’t it amazing!” enthusiasm was hard to resist. The three way discussion Greg participated in was an inspiring closing session. 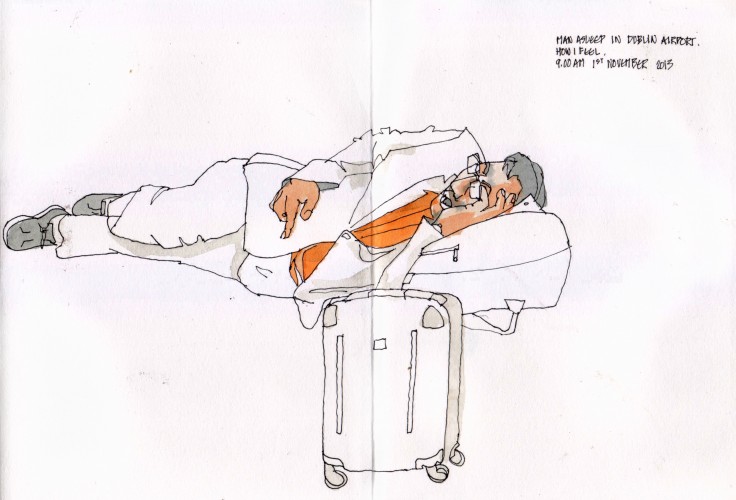 Fascinating, inspiring and exhausting. It filled us with ideas for what to do over here.

When can I go again?