They can work it effectively, better than their dad on his new Microsoft Surface. The Surface is a classic compromise: unimpressive as a tablet, not that great as a laptop, handier than carrying both around on a push bike. 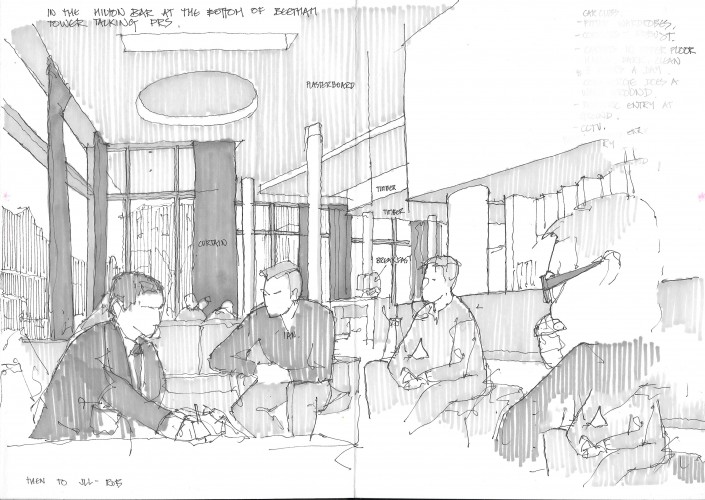 Sitting in the lobby of Manchester’s Beetham Tower talking PRS with the nice guys who manage the residential half of the building. The Beetham is a little short of 50 storeys, and half an hour later we concluded our tour on the windy roof. I’d have done a sketch but I needed both hands to hold on and my eyes were shut.