“Every time I see an adult on a bicycle I no longer despair for the human race” said HG Wells. This is the first step on my post surgery recovery: learning how to get around when you aren’t allowed to cycle. Everything takes ages. 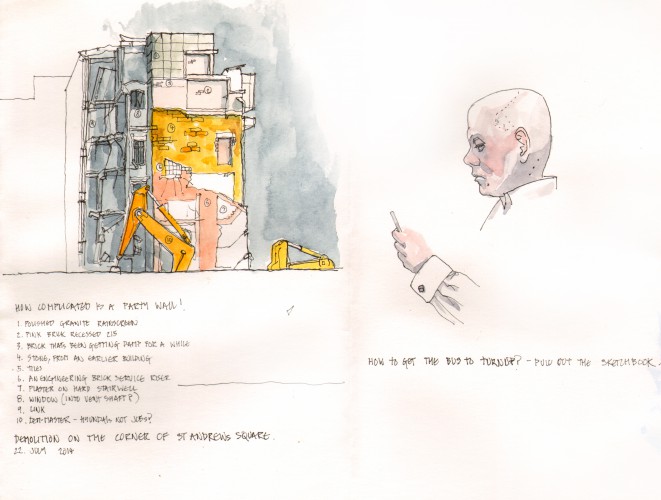 Also I’m not allowed to travel. In Edinburgh in August that’s not a problem as the world comes to you. This year, alongside the festival, it’s the Commonwealth Games. The divers are in Edinburgh, staying at the hotel by our office and surrounded by a surprising number of policemen. 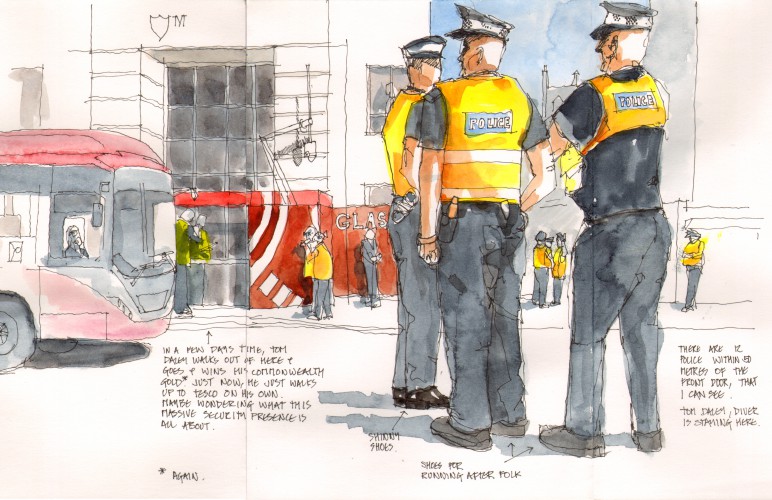 Where there are crowds there are people pretending to be statues and, oddly, other people filming them. This is a real statue of Kirkcaldy hero Adam Smith, in the Royal Mile. Smith was famously odd looking but Sandy Stoddart, the sculptor, has sorted that out. 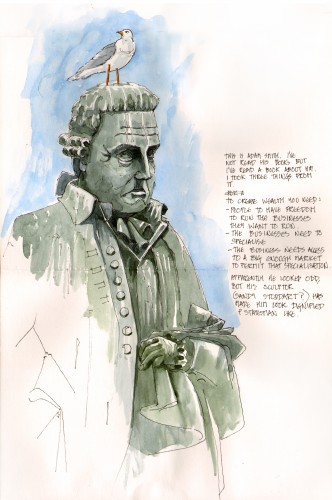 I don’t know what this self determining free marketeer might have thought about independence.

After a couple of weeks I was back to working and travelling, chatting to artist Chris Jones:

Recovered, we went to Liz & Simon’s and then to London, which is rapidly, and pleasantly, becoming the home of the cyclist. 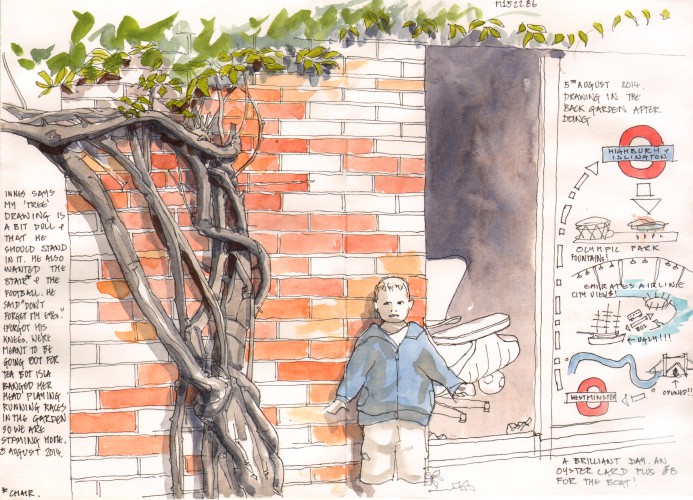 HG Wells would be pleased.