From Glasgow to Europe’s biggest stationery shop (?) in Berlin stopping only to pick up beer, bratwurst and bikes. A brilliant start to two and a half days in this energetic, creative city.

Next step, a housing tour.

Normally I focus quite hard on these, but they’ve traced the line of the old wall in corten steel and placed plaques that describe the fate of former Berliners. It’s hard to look up when these stories are beneath your feet. The houses and flats are interesting, but it’s the waves of tumultuous recent history that grabs my attention.

The history gets in everywhere over here. We ate together in Café Einstein, an 1880’s renaissance style villa that survived over 300 bombing raids in the second war. I was disappointed to find that it had no real link to Einstein, rather it’s claim to fame centres around links to Nazi Joseph Goebbels. He died near here in 1945. 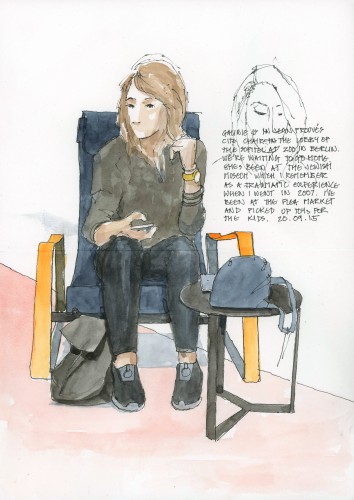 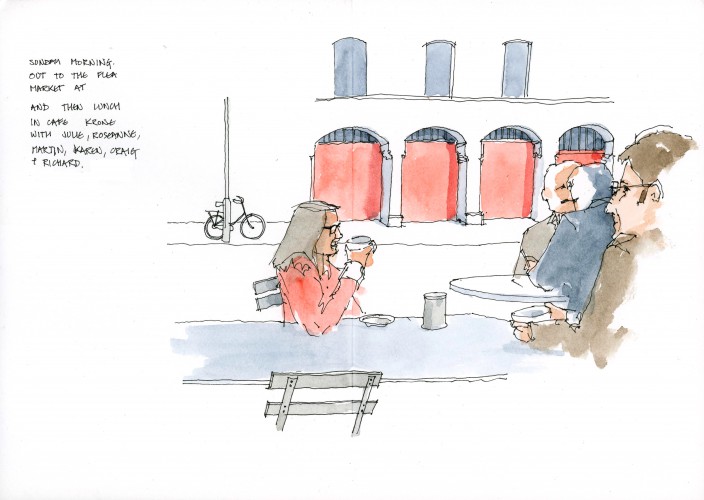 In café Krone, near the flea market. There’s lot’s of history and much of it is traumatic, but for the time being this seems to have resulted in a very pleasant place to be.