I fulfilled an ambition and got myself to Africa, to Accra in Ghana. 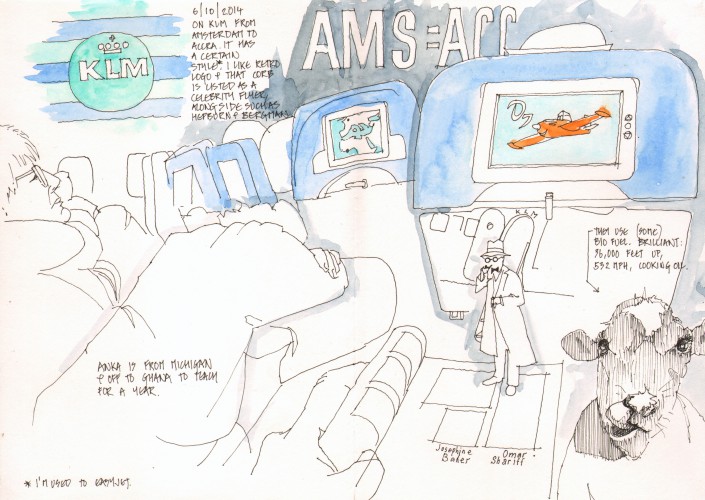 KLM from Amsterdam was good and handy from Edinburgh. They only took my bags as far as Amsterdam though so I was less keen on them after that. Tip for next time: put the malaria pills in your hand luggage.

I knew about Star beer from supporting Ghana in this summer’s world cup. I knew about the $600k flats like this scheme by AHMM too. Security objected to me sketching. I’ve been told ‘no photographs’ before but never ‘no sketches’.  In the bar, they told me the expensive flats are for the diaspora to invest in and rent out to expense account NGO’s. The NGO’s skew the economy, but Accra is a safe base from which to access the rest of west Africa so it’s part of what’s driving growth. 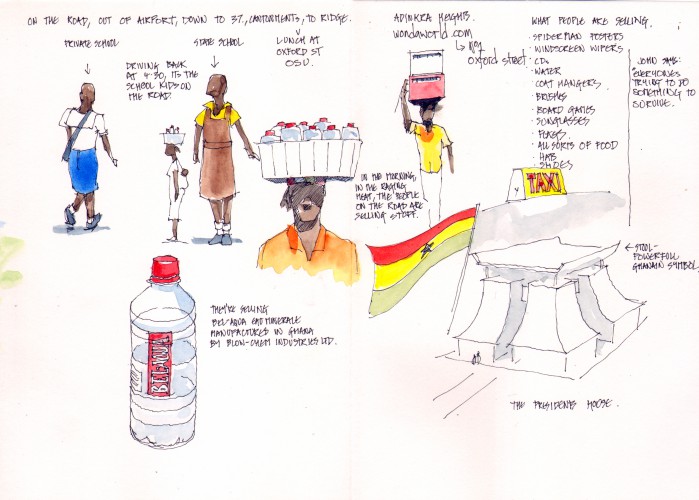 For the number of people, there aren’t that many buildings. Despite the heat, life takes place in the streets. 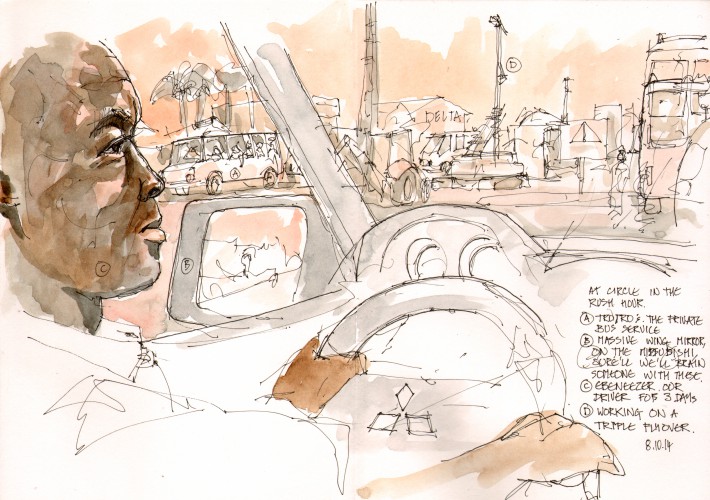 You need a 4×4 to tackle the unmade roads, and to help with the potholes on the better ones. We were driven around by Ebeneezer who made Accra seem a fairly straight forward place to navigate, the opposite of it’s reputation. 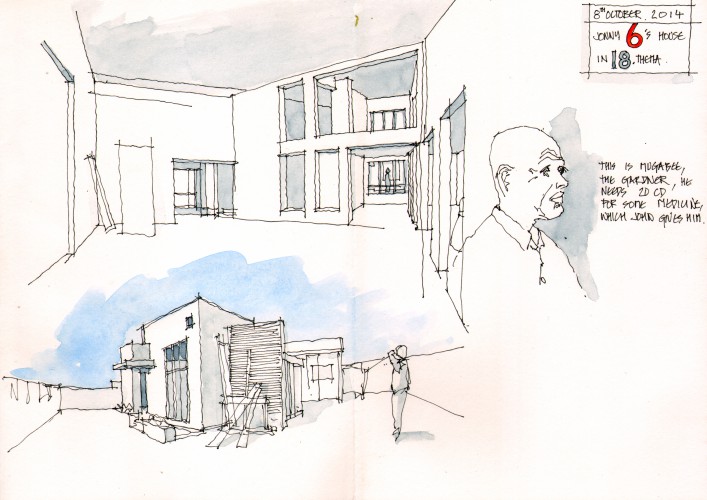 Ghana has an emerging middle class. It’s largely being housed in concrete boxes with little shade and no insulation. If you pick up a stone, it burns your hand. The people are living in ovens, cooled down by air conditioning. 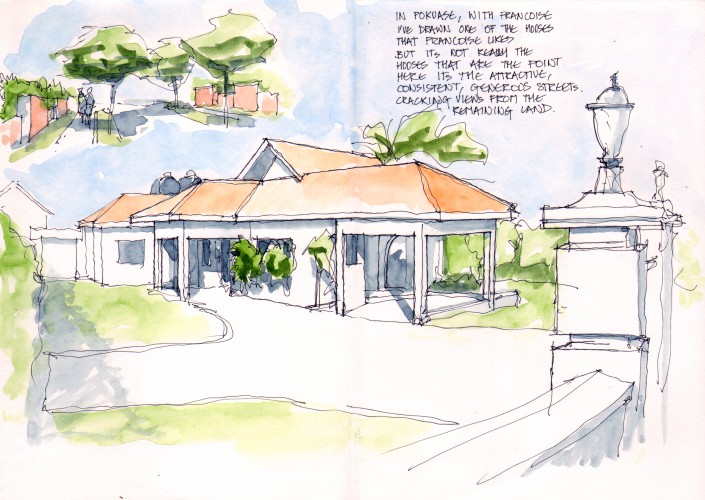 Great streets and a thoughtful scheme at Pokuase, built in the ’90s by African Concrete Products. Given how much construction is going on, and how much the Africans love concrete (it doesn’t succumb to termites), this should be a brilliant business. 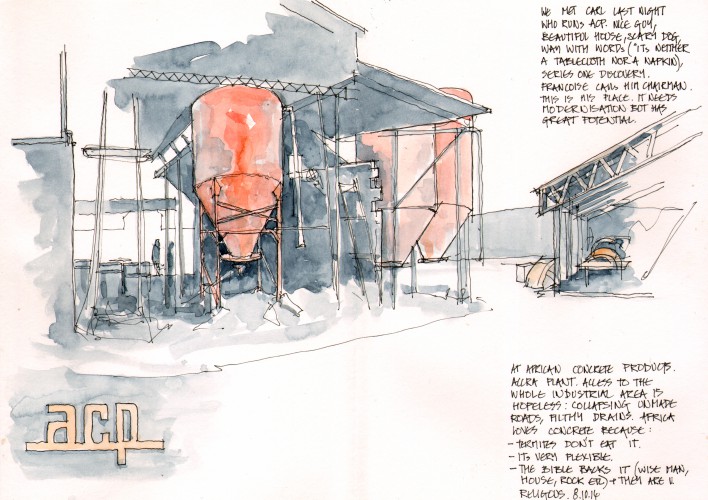 We visited the plant. 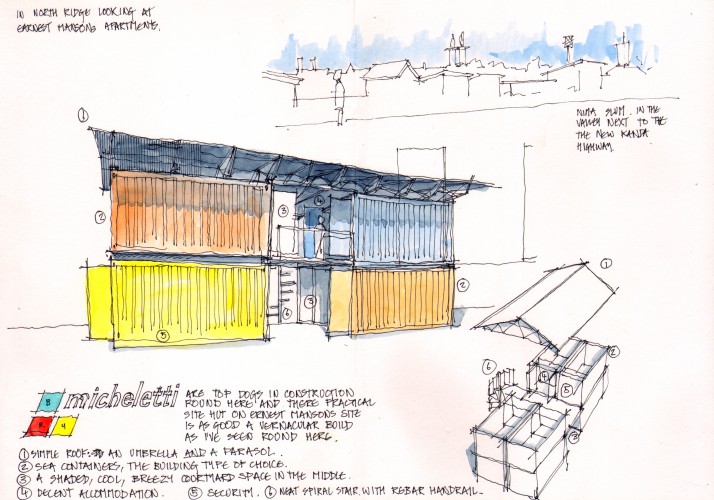 Arguably, the site huts are a better design than most of the housing. They have a nice big roof to keep off the heat and the rain. We are by the sea and the small central courtyard catches the sea breezes effectively.  It’s not a match for air conditioning but that doesn’t work all the time anyway, so it’s a mistake to rely on it.

One of the things the government can’t organise is enough power for the whole city, so every second night they switch it off in your part of town. It makes you realise how lucky we are that the Victorians sorted out our infrastructure. Accra has no central sewage system, no public transport and terrible roads. The place is growing but the Ceedi lost 30% of it’s value against the dollar in six months. For sustainable growth you need good infrastructure (since Roman times). 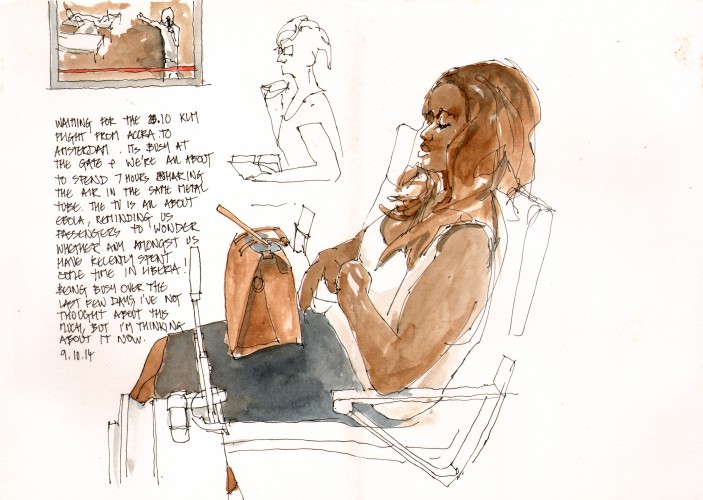 Too soon, it was time to come home. I left behind people worried about the health crisis lurking on the other side of the border. I wish them all well, and a good future beyond that.